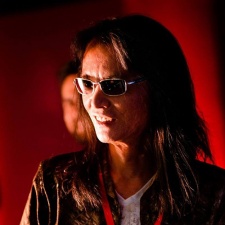 The director of Ninja Gaiden Tomonobu Itagaki has made a return to game development and has set up a brand new studio.

In a post on his Facebook page, the Tecmo and Team Ninja vet revealed that he had set up a company called Itagaki Games. His remarks came via an unedited transcript of an interview he did with Bloomberg about the Xbox's 20th anniversary, during which he was asked if he'd be interested in his company becoming part of Xbox Game Studios.

"I would start again with questions that I made to Seamus [Blackley] two decades ago," Itagaki wrote.

"Back then, I asked him, are you confident that you will beat PS2? He said yes. Xbox is called 'Project Midway' and I’ll gain the supremacy with it. That’s why I trusted him and actually created Xbox-exclusive games for about 10 years. 20 years have passed since then, and I established my own company, Itagaki Games, which is not Tecmo, nor Valhalla. I know Microsoft is still aggressive. If they reach out to me, it will be an honour for me."

Itagaki joined Tecmo back in 1992, quickly making a name for himself with 1996's Dead or Alive. By 2001 he was appointed head of the company's Team Ninja studio, going on to produce and director the reboot of Ninja Gaiden. In 2008, Itagaki announced he was not only leaving the company over withheld bonus payments.

In 2010, he revealed he had set up a new developer – Valhalla Game Studios – which released Devil's Third for Wii U in 2015. That title bombed both critically and commercially. Two years later in 2017, he resigned as director at moved to an advisory position at the studio.