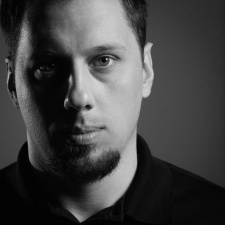 The work-for-hire giant has paid out £250,000 ($342,850) in cash for the Wroclaw-based outfit, with Sumo potentially paying out more depending on the Polish firm's EBITDA for the next two years.

PixelAnt was founded less than a year ago by Pawel Rohleder (pictured) and Adam Lason, both veterans of Dying Light maker Techland. Rohleder is an almost-14 year vet of the company, working his way up to be chief technology officer, while Lason was previously the firm's chief publishing officer. Sumo's release says that PixelAnt was founded in July 2020, with the outfit being revealed in October of that year by the looks of things.

“We’re incredibly excited by the opportunities that being part of the Sumo family offers to PixelAnt," Rohleder said.

"Sumo has demonstrated a proven commitment to each of its studios to give them what they need to make incredible games and hire the best people. We have very ambitious plans in place, and we know that Sumo is going to support us every step of the way.”

Sumo Group MD Gary Dunn added: "In addition to adding supremely talented people to our family of studios in the form of Pawel, Adam, and their team, we now have our first base of operations in mainland Europe, allowing us to tap into Poland’s phenomenal talent pool. As a full-service studio, PixelAnt will provide game development services to clients across the world, as well as own-IP opportunities, and will continue to work on Sumo projects. A huge welcome to the team in Wroclaw.”

At the time of the acquisition, the company apparently employs 13 developers – nearly all of whom are Techland vets – who are working on Sumo projects.

PixelAnt is the latest in a long line of Sumo acquisitions. It is the tenth studio that the company has snapped up and the first in mainland Europe.

That's on top of a Nottingham office, which was founded back in 2016, a Leamington Spa-based mobile studio, the Warrington-located Sumo North West and an Indian outpost that the company set up back in 2007.