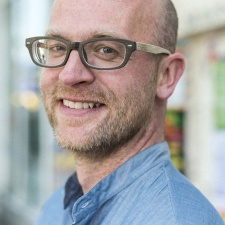 In September 2017, studio head Dan Pinchbeck (pictured) revealed that the Everybody's Gone To The Rapture developer had “gone dark” after releasing VR title So Let Us Melt. All but three employees were laid off, and the studio closed its doors to work on the future of the studio from home.

It turns out, that future was a buyout from Sumo Digital parent company The Sumo Group.

“We first started talking to Sumo in the winter of 17/18,” said Pinchbeck, in a post on the studio blog.

“Obviously, we knew them from their reputation in the industry as a rock-solid company with a great track record of taking IP and making it really shine”.

Pinchbeck mentions that the team has numerous projects in the running with the new partnership. A title named The 13th Interior worked up with former The Chinese Room developer Andrew Crawshaw and support from the UK Games Fund is currently in prototyping. And there are plans to revisit So Let Us Melt, with potentially more mechanics and spruced up art.

On top of that, Pinchbeck confirmed the studio is in talks to start developing an entirely new title.

“We are talking to a range of potential partners about a new title. Something bigger, something that joining Sumo enables us to pursue because all of a sudden, we’re part of a family of developers with a decade and a half of experience in making all kinds of games, and making them really well.

“Something that takes a more traditional game genre – no, you don’t get to know what just yet – and lets us spin our worlds and stories on top of that. It’s going to be very, very exciting.”

This comes not long after Sumo went public.