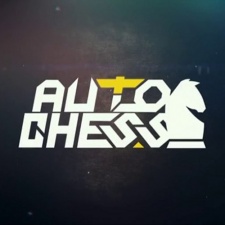 In a post on Twitter earlier in January – as spotted by Kotaku – the company says that it is turning the title into a free-to-play MOBA, with one of the core pillars of its design being "fairness."

Auto Chess is an example of the autobattler genre, which started life as a Steam Workshop mod for Valve's own MOBA Dota 2 created by Drodo Studio. Dubbed Dota Auto Chess, this attracted eight million players in just five months, with Dragonest then swooping in to make an official version of this popular new game.

Drodo also met with Valve, but the studio decided to go with Dragonest, but the Steam firm was allowed to make its own version. Drodo's version of the game was simply called Auto Chess, with Valve releasing Dota Underlords in the summer of 2019. League of Legends maker Riot also got into this new genre, too, with Teamfight Tactics.

The MOBA genre, too, was spawned out of a mod of Blizzard's RTS title Warcraft III: Reign of Chaos.

You can read the full history of Auto Chess right here.

We caught up with Dragonest to discuss how the company knew that Auto Chess was the next big thing.

Dragonest's new Auto Chess MOBA seems to be a mobile title, but we wanted to cover this story for the sheer absurdity of it all. We're excited to see if Blizzard decides to make an RTS game based on Auto Chess MOBA.