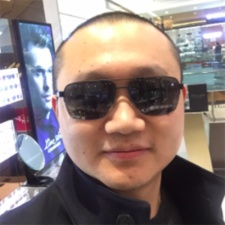 At the start of 2019, most people weren't familiar with the term 'auto chess'. But by May, Drodo Studio's Dota 2 Steam Workshop project had attracted more than eight million subscribers.

Both Valve and Riot Games have released their own takes on this new genre in Dota Underlord and Teamfight Tactics respectively, while Drodo Studio has launched a PC and mobile version via Chinese publisher Dragonest. You can read more about the auto chess boom in our explainer here.

But how did Dragonest know that auto chess was the next big thing? CEO and founder Loring Lee tells us more

Why did you want to be involved in Drodo’s Auto Chess?

I am a loyal Auto Chess fan myself, and now ranked in a half-step Queen. My team and I have gone rather deep into the game, and we’re big fans of it. In the game, strategy plays a much more important role than operation, and each game takes not much time or energy. These charms of Auto Chess grab our heart and draw our attention.

Nowadays, the popularity of Auto Chess has proved its success in gameplay and in recognition. In fact, if you look at other games that Dragonest has been involved, you’ll find that they all share some similarities: eye-catching gameplay and a high recognition by the market and the industry. So, there’s no reason why we didn't want to be involved in Drodo’s Auto Chess.

Why do you think Auto Chess has taken off in the way it has?

Auto Chess follows phenomenal game modes like the sandbox of Minecraft, the tactical shooting of PUBG, the asymmetric warfare of Dead by Daylight as a brand-new kind of game. Using a traditional Chinese proverb to explain its success, is that all reflect in “the right time, the right place with the right people.”

When we talk about “the right time”, we could say that we are luck to catch up with the train of the era. Back to 1990s, a game like Auto Chess that highly rooted in the internet won’t have living space, because the network was not well developed yet. Even 10 years ago, it will be much limited by the speed of network transmission and get nothing to do. But today, the rapid development of the Internet and the data transmission technology provide a large room for Auto Chess to grow day by day. An era right for the birth of Auto Chess makes an era of Auto Chess.

As for “the right place”, that is China. From early console titles to computer games, then later online games, the development of games in China passes from decades to centuries. And with 3D pixels, advanced game technology such VR and so on, more and more excellent games have come to the players and are appreciated by them. Therefore, a simple PRG, ACT game can no longer meet players’ demand nor can them be given a concrete definition type. Especially, since the MOBA mode has been created in Dota map of Warcraft III, players are always expecting something new. Grown in such ground, could grow carefree.

At last but not least, “the right people”. Living in a fast-paced life, players have higher and higher taste of game, they can’t put much time and energy into a game as they used to, which might the main reason why it’s always those games that count more on the strategy over the operation become popular. The birth of fits just the needs of the players of the time. There’s no wonder why Auto Chess could take off in the way it has.

In conclusion, under the premises of the time context, the game development and the shift of player’s demand, Auto Chess uses its own innovative concept to fulfill the needs of players, to create a such game mode and become popular among players.

Auto Chess is another example of the 'next big thing' coming from the modding community, as happened with MOBAs and battle royale before. Has the game changed how you look for new developers and projects to work with?

We never lack genius in game development industry, but what is lacking is someone who knows to dig the treasures out. Every good idea, good conception or good work, has its right to be known by people. Today, in the days of Auto Chess, I think we should set our foot back on the concept, because the future is a world of games. As a basic way of entertainment, games will never be outdated. With the development of technics, the games shall be constantly updated. I believe that with our efforts, more and more game modes that adapt to the changing needs of the players and the times will be found and be carried forward. We are willing to be this someone, try to find out the talent hidden in those people who know about games and love games, and help them. There is no way for a good game, a good idea or a good gameplay to be covered, instead, they all shall be shining to the world. So, when we look for new developers or projects in the future, our choice will be made based on this principle, instead of focusing only on flow and profits.

Why are you bringing Auto Chess exclusively to the Epic Games Store?

When it comes to PC client, the players’ demand is the main factor that need to take into account. Epic has a strict organisation and control to the quality of game. So far, there is relatively a small number of games in Epic Store, but every game turns out to be a masterpiece. Moreover, Epic has gathered over 200 million registered users in a quite short period, with a high speed of development, which shows us the potential of Epic without doubt. And don’t forget the technical support of Unreal Engine 4. We believe with all these, Auto Chess has a bright future.

What’s the ambition for Auto Chess?

Auto Chess has built a prototype trend culture. At the beginning of the conception, we did a lot of studies in each character, line and even the change of a jewelry, and now, those lines are commonly quoted by our players in their daily conversations. Daily as they are, we can play Auto Chess while watching TV or over a meal, sometimes, use a line from the game to start a conversation or make a little joke to your friends. So, I think that in the future, Auto Chess would become a part of our life. And we will also make some cultural derivatives about Auto Chess, and at the same time, innovate some more interesting gameplay, so that a better “Auto Chess experience” could be brought to our players, and this experience will never stay only in the game.