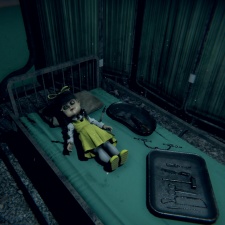 Taiwanese developer Red Candle Games has said that the inclusion of a Winnie the Pooh art asset in its horror title Devotion has had a huge impact on both the studio and its Chinese publishing partner.

In a post on Twitter (below), Red Candle said that it wasn't looking to re-release the game in the near future, but says it might at some point if the fans want it.

Devotion was pulled from release at the end of February 2019 after Chinese users review bombed the game for having Winnie the Pooh artwork in the game. This is commonly used as a means of mocking Chinese president Xi Jinping, which is bad news for anyone.

"We made a critical and unprofessional error during the game's production," Red Candle wrote.

"It saddens us that the focus of the game has shifted drastically since the erroneous art asset was found. A revision patch was implemented immediately as we have absolutely no intent to stage a publicity stunt.

"However, in the aftermath of the incident, some still possess different speculations about Devotion. As regretful as the incident was, we have to bear its full consequence. We hope for a second chance in the near future. A chance to prove that both Red Candle and its partner simply wanted to create a great game and no-one wished for such an incident to occur."

Greetings, we are Red Candle Games from Taiwan. To all of our players, industry and media friends, we would like to provide an update on ‘Devotion’. pic.twitter.com/wfGTUbHtHx