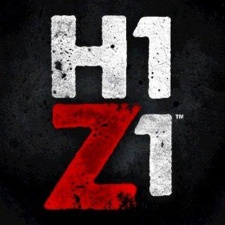 Daybreak Games is closing down H1Z1 Just Survive in October.

The earliest iteration of H1Z1, Just Survive was an open-world survival sandbox along the lines of something like DayZ. However, the usurping of that genre by battle royale has made this version of H1Z1 no longer worth keeping around, according to Daybreak Games.

“After careful consideration, we’ve made the difficult decision to sunset Just Survive on Wednesday, October 24th at 11 a.m. PT,” said the Just Survive team through a Steam Update.

“The excitement of the game’s promise was palpable and its loyal community is still full of ideas for its future.“

“Unfortunately, we are no longer in a position to fulfil its greatness and the current population of the game makes it untenable to maintain. Just Survive servers will remain available for play until Wednesday, October 24th at 11 a.m. PT, and starting immediately all Steam purchases and in-game transactions have been disabled.”

Just Survive never left Early Access, despite being the first iteration of the H1Z1 brand. The mode was eventually usurped by King of the Kill, a pre-PUBG battle royale that would go to take on the mantle of “H1Z1” alone.

But despite its early start on the eventual phenomenon, H1Z1’s battle royale hasn’t been faring too well either. The title went free-to-play a week after launch; and in April, Daybreak announced a string of layoffs.