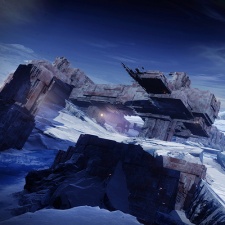 The new content was rolled out on November 10th, with the Deluxe Edition jumping to No.1 on the platform after pre-orders were the third best-selling item last week. Beyond Light plus the Season Pass came in second place, while the regular version of the DLC took No.8.

Valve's Index VR rose one place week-on-week to No.3, while pre-orders for Football Manager 2021 took fourth place ahead of the game's November 24th launch.

Last week's bestseller, horror VR title Phasmophobia, has fallen down to No.5, possibly a result of us moving from spooky Halloween season to more of a Christmas vibe, while Rare's Sea of Thieves claimed No.6, likely as a result of general interest around Microsoft's line-up off the back of the Xbox Series X and Series S console launches.

Multiplayer smash hit Among Us dropped from second place to seventh this week. Both Innersloth's paranoia-fuelled romp and Phasmophobia will likely appear higher in the Top Ten in future weeks having been pushed down by new releases like Destiny 2.

Pre-orders for Cyberpunk 2077 clocked in at No.9, while EA's FIFA 21 rounds up the charts at tenth place.

Here is the Steam Top Ten for the week ending November 14th: