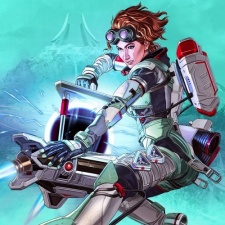 Developer Respawn Entertainment has said that it doesn't want to make its staff crunch in order to complete content for Apex Legends.

That's according to game director Chad Grenier, who said during a Reddit AMA – as spotted by Eurogamer – that the studio will be slower at making and releasing updates than if it did force its employees to work longer hours. The development chief was replying to a comment from a Reddit user saying Respawn was "extremely slow" with updating Apex Legends with new content.

"We also refuse to crunch the team, so we'll probably be slower at making content than if we worked 15 hour days but that's just not something we're willing to do," Grenier wrote.

"We have nearly doubled our team size since launch to accommodate the content demands, so we're really trying to bring you quality content at a healthy pace."

This isn't anything new for Respawn, really. In 2019, the studio said that it was prioritising employee health over the frequency of Apex Legends updates. Reviews about the company on Glassdoor pointed to the developer not being quite as caring about the wellbeing of its staff as it had publicly made out. Grenier said at the time that the high levels of stress and tough working conditions were the result of the transition to remote development thanks to the COVID-19 coronavirus pandemic.

In May, Respawn opened a brand new studio in Canada focused on Apex Legends.

Publisher EA said earlier this month that Apex Legends is on track to become a $1bn game by the end of this financial year, just over two years after its launch. The title recently came to Steam, too.