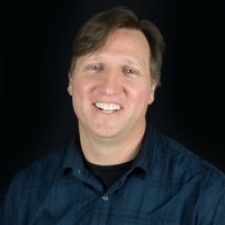 One of the common motivational mantras you may have heard time and time again from developers is: "You are only as good as your last game."

If that was the case for Hangar 13, it's likely that the studio that wouldn't still be around. That's not us being harsh either. It's something the developer's president and chief creative officer, Haden Blackman, admitted to PCGamesInsider.biz when we spoke with him at Develop:Brighton 2019.

"If we're being totally blunt, if we're only as good as our last game, I don't know that Hangar 13 would still exist because the review scores for Mafia III weren't as high as we wanted them to be," he says.

"There were lots of different reasons for that. Some are justified and some maybe weren't, but the fact that we shipped a challenging game - both from a cultural and narrative standpoint - earned us some credibility moving forward. I never feel that if we fail a milestone tomorrow, we're going to be shut down. Every milestone is an opportunity for us to build more trust and more credibility with Take-Two and 2K. But at the end of the day, what's most important is that we are building that faith and that trust and that confidence internally.

"We've hired a tonne of people in this last year as every milestone gets delivered. The team looks at it and goes: 'Oh wow, we did that?' and they get more confident about the next one. That's ultimately the thing that's most important to me; that the team is delivering for itself and that we know we're on the right trajectory."

It's a good thing that Hangar 13's parent companies see something in the studio as, from the outside looking in, it's hard to justify investing more money into a developer making a game that saw average reviews. Yet that's exactly what 2K did, with Hangar 13 going from being just one studio in Nevado, California, to encompassing an office in the Czech Republic - previously Mafia III co-developer 2K Prague, focused on engineering - as well as new outfits in Bruno, CA, focused on art and media, and the cross-discipline Brighton outpost in the UK which opened in July 2018.

But Blackman says that ultimately there were a lot of positives to take away from the development of Mafia III and the obstacles the studio overcame in the making of that title impressed its corporate overlords.

"When you're outside looking in, it's hard to appreciate all the challenges it takes just to ship a game," he explains.

"We had some very unique challenges on Mafia III and the team rallied and delivered. We were building tech from scratch, we were trying to hire up, we were trying to tell a very challenging story in the sense that we were tackling very mature themes and themes that I think could easily have been mishandled and that we have seen mishandled in other games. Whenever you're dealing with themes of race and racism, it's really easy to step on landmines there. 2K had our back the entire time, it wasn't afraid of those things and told us not to be afraid of those things so we pushed forward. Hangar 13 was the Nevado and Czech offices so we were working across multiple locations and that has challenges. From that standpoint, I hope what they saw was the team as a whole being able to rally and overcome a lot of hurdles in order to get a big, ambitious game done. Then we outlined a compelling vision for the future. We want to be in multiple locations, we want to take one smart risk with all our projects. We think narrative is important but we want to find a way for players to be more invested in that. We're building proprietary tech. We're hitting on all those things."

We had some very unique challenges on Mafia III and the team rallied and delivered.

Ultimately, Blackman and Hangar 13 are proud of what it achieved in Mafia III - with the studio's boss telling PCGamesInsider.biz that the game is bizarrely more relevant today than it was when it launched in 2016. But Blackman also says there were a number of lessons to take away from the project.

"We tried to do too much. I never want to apologise for that because I like being ambitious," he asserts.

"We were sometimes afraid to give the player as much agency as we probably could have and allow some of the systems to take over. That's something we're looking forward to doing in the future, especially around systemic AI. We completely overhauled our whole AI system for Mafia III. Looking at exposing the stories that do exist, so if there is a 'story' or narrative around an enemy or an archetype, how do you make sure the player recognises the evolution of the character like an enemy archetype and we didn't do as good a job as could have done with that. Overall, it's hard. There's a still a glow around Mafia III for me because the team worked so hard and we're so proud of the game regardless of review scores."

Now the studio has multiple games in the works. The Brighton outfit - announced at Develop 2018 - is working on a brand new IP, while it seems there are other projects in the works across the company's four sites.

As well as the narrative and story-heavy Mafia III, Hangar 13 was reportedly worked on a now-cancelled 'music combat' game. While the studio is unlikely to divulge what it has in the oven, we do ask them what makes a Hangar 13 game or IP.

"At the end of the day we are trying to find that blend of developer-authored and player-authored experience," Blackman explains.

"We're still very narrative-focused in that we want to tell strong stories, but we want to find more and more ways for the player to intersect with those stories - not just interjecting themselves into it, but actually controlling the outcome at every level. We did some of this on Mafia III in terms of you deciding the fate of the city and your companions at the end of the game. Those things are still interesting to us and we'll continue to explore those kinds of things but we're looking at how we can do it at the micro-level. If there's a story of an enemy, how do you give the player enough information that they can determine that outcome or be involved in that story as it develops? That's one. As an industry, especially given our size and where we are positioned in the industry, we have to be willing to take risks. There was obviously risk inherent to Mafia III in terms of the subject matter we are going with and the story we were trying to tell. But we had this kind of mantra internally that we want to take at least one smart risk with every project. That can be a tech risk, a creative risk, a business model risk, but there has to be something that gets us all excited to get out of bed every day and come to work on this thing that nobody else has done. We want to be pushing the envelope in at least some way. Then there's proprietary tech, which is important to us, too. I have all the respect in the world for the engines that exist out there, but my experience is working with proprietary tech and I don't want to be in the position of having to shoehorn the vision for the game into someone else's tech. We want to make sure that whatever we're doing is pushing our tech forward and that our tech is adapting to the creative vision and the risks we are trying to take. It's all one big piece. We want to tell a strong narrative that involves the player, we want to take a risk, we want to have great tech and hopefully, all those combine to create games that players want to keep coming back to."

That very much sounds like the "surprise and delight" mantra often espoused by Take-Two boss Strauss Zelnick about the projects the firm's studios produce. But Blackman says Hangar 13 has a rather different playbook.

"We build off of that and say we want to surprise and disrupt," he says.

"We want to not only surprise the player but disrupt some of their expectations about what a game can be. Ideally, everyone wants to leave a mark on the industry or disrupt it in some way by doing something innovative and neat that no-one has ever done before."