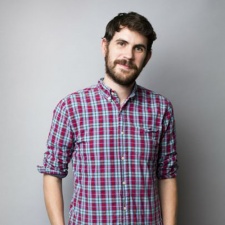 That's according to studio founder Sean Murray, who told Polygon that the team is working on a new game, but didn't give much in the way of detail. This comes following the launch of Hello's new, smaller title, The Last Campfire, which was released last week for PC, Nintendo Switch and Apple Arcade. That project was made by just three of the 26 people who work at Hello Games these days.

“There is this poison chalice or deal with the devil that I think any indie game developer would find actually a very difficult choice, right?" Murray said.

"The choice that we had with No Man’s Sky where if I was to go back again, I would find it very difficult to know what the right path was. Where you will have incredible interest in your game, you will have a huge amount of excitement for it. But you will be in a rocket ship, launching towards the sun, and you will be building that rocket on the way up.

“And there is an excitement and a craziness to that. Where we’ve ended up with the game, where we have hundreds of millions of hours played and a really happy community and all of that kind of thing, you know, I’m OK with that deal that we did, right?”

Hello Games is best known for No Man's Sky, the wildly ambitious sci-fi exploration title that the studio released back in 2016. The developer initially came under fire for overpromising and underdelivering on the project, but ultimately No Man's Sky has turned into a success story.

In July 2018, the game made more than $24m in digital revenue in just one month, according to research firm SuperData. Between 2016 and 2018, the company's cash reserves rose by 2,500 per cent off the back of the game's performance.