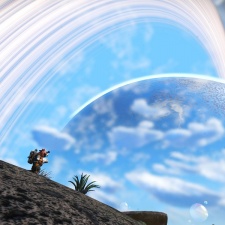 The amount of money that No Man's Sky developer Hello Games had at its disposal rose more than 2,559 per cent between 2016 and 2018.

This huge increase in cash reserves at Hello Games is no doubt a reflection of the commercial performance of No Man's Sky, which was released on August 9th, 2016. The game was initially surrounded by negative press due to what consumers felt was a gap between what was promised and what was delivered.

At Develop:Brighton 2019, Hello Games boss Sean Murray said that though there was a lot of negativity around No Man's Sky following its release, a large portion of this noise was coming from people who hadn't bought or played the game.

Despite saying repeatedly that No Man's Sky has been a huge commercial success, Hello Games hasn't been particularly forthcoming about how many copies it has sold or how much money the title has made. Speaking to Kotaku in April 2019, studio boss Sean Murray said that during 2018, "we sold the kind of numbers a triple-A game would be happy with at launch."

Following the launch of the massive Next expansion in August of last year, No Man's Sky saw close-to 100,000 concurrent players on Steam alone.