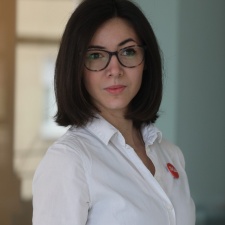 The SGA is the 19th trade body to join EGDF, with a release saying that this will allow Serbian studios to have a say in European Union decision making. The country is currently applying for membership of the EU.

SGA was established in March 2018 by eight founding companies. The organisation now boasts more than 60 members, including indie studios, esports firms and VFX companies, in addition to triple-A firms. The Serbian games industry employs over 1,500 people.

“Operating on a national level, gaming associations are an essential part of the ecosystem – making it easier for new projects to emerge and providing a platform for the community," SGA's administrative director Kristina Jankovic (pictured) said.

"But without broader cooperation on a European level, no important victories can be won. That is why we considered it paramount to be part of the EGDF. Together, we can push for meaningful policy changes, better conditions for all companies, studios, and teams, and of course exchange experiences, hard-earned knowledge, and brand new ideas. We strongly believe that the future brings an enormous boost to the gaming industry. Collaboration with the amazing EGDF board and all of their members can help us navigate the coming changes."

EGDF's president Hendrik Lesser added: "The addition of Serbian Games Association to EGDF is highly important for our mission of building a strong voice in Brussels for European game developers. We want to unite, to share best practices, learn about common challenges and help game developers to grow the identity of the European game industry. It is crucial that game developers from all European countries, EU members or not, have full access to global markets and that any restrictions to their freedom of expression and arts and freedom of movement are minimised.”

European and UK games markets generated $27.3bn in revenue in 2020