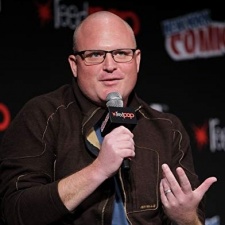 Devolver Digital's My Friend Pedro is going to be coming to TV screens.

The venture is coming about via a partnership between Legendary Television, dj2 Entertainment and 87North Productions. John Wick co-creator Derek Kolstad (pictured) is an executive producer as well as a writer on the show. He previously said that he was working on a pitch for a My Friend Pedro TV series earlier this year.

Legendary acquired the right via a deal with dj2, which previously produced the Sonic the Hedgehog film and recently signed the rights to fellow indie hit Disco Elysium.

It was recently revealed that Amazon had signed on to potentially make a show based on Bethesda's Fallout IP.

We caught up with developer Deadtoast aka Victor Agren about the title's early success shortly after release.