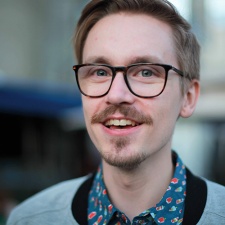 During June, chaotic shooter My Friend Pedro from one-man developer Deadtoast Entertainment - aka Victor Agren - and publisher Devolver Digital launched into the wild.

Within seven days, the title had shifted 250,000 copies across both Steam and Nintendo Switch, following years of on-and-off development from the game's inception as a Flash project. We caught up with Agren to find out more about My Friend Pedro's launch and success so far

How would you assess My Friend Pedro's performance so far?

I'm super happy with how things are going. People are enjoying the game and sales are way beyond any expectations I would have ever dared to dream of. Seeing all the positive things people are saying about the game and seeing all the fan art really warms my heart. I couldn't ask for more.

The game sold 250,000 copies within a week of launch. Are you able to say what portion of that is from PC and Nintendo Switch?

What are the biggest lessons you have taken away from My Friend Pedro's launch?

I still haven't really had time to do any deeper reflection over the whole thing. For now I'd like to think that the winning formula is creating something fun and making an effort to share frequent updates from the development, and teaming up with Devolver who really know how to deal with that final push of getting a game out the door with a bang. Maybe also sprinkle in a pinch of luck and good timing.

If you could release the game again tomorrow, what would you do differently?

Honestly, I'm just really happy with how things went and I'd be scared to mess anything up - so I'd probably wouldn't change a thing. Plus I'm pretty exhausted at the moment and not sure I could handle another release again for a little while, haha.

How has the initial success of My Friend Pedro impacted your longer-term plans for the game?

Again, this is something I haven't really had time to make any firm decisions on. It's super nice to know that there are people out there who are hungry for more, so that if there ever would be more there would be an audience for it. I think for me personally I had to give 200% of what I ever thought I was capable of just to get the game released in the state that it is in now. I made myself a promise that general life balance would have to take precedent going forward. So until I've had a good rest I don't even dare to make any speculations of what might happen next.

A lot of people will know about My Friend Pedro from the numerous gifs shared across social media. Why did you use these? And to what extent do you think those images built hype around the game?

I'm pretty certain the gifs has been essential to the success of My Friend Pedro. That combined with the fact that My Friend Pedro started as a Flash game which seemed to find a fairly large audience after its initial release back in 2014. I think players of the Flash game took note of this new version once they caught glimpse of it.

Regarding the gifs it just seemed like the perfect medium for sharing the essence of the game in this day and age. It forces you to be very concise about what you show, which is important because you'll rarely have more than a second to catch someones attention as they scroll through their social media feeds. It's also great for sharing in development footage as you don't have to worry too much about visual details that would get lost in the compression any way, and also since you can't have any sounds in gifs it stops you from worrying about that.

What's your long-term plan for My Friend Pedro?

No idea at the moment. I'm kind of excited to figure that out too, eventually.