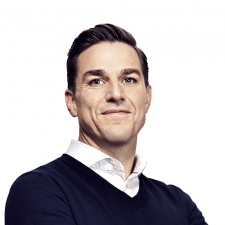 Electronic Arts and Respawn's Star Wars title Jedi: Fallen Order has been played by more than 10m people since its launch in November 2019.

That's according to EA CEO Andrew Wilson (pictured), who told investors – as transcribed by Seeking Alpha – that this is a huge moment given that it's not normal for the first entry in a new franchise to sell so well. It's a Star Wars game, so we're not sure whether the new IP argument works here, but it's still a strong seller.

The publisher previously had forecast Jedi: Fallen Order to sell between six and eight million units by the end of the financial year, but in January 2020 upgraded its forecast to have the title shifting 10m units by March.

Jedi: Fallen Order launched in November 2019 and shot to the top of the Steam charts. Following its release, EA said that the game was its top-selling Star Wars PC launch on PC, though there's not much competition for that title.

The game is one of three Star Wars projects that EA has released since it launched the IP in 2013, along with DICE's Battlefront and Battlefront II shooters. The publisher has cancelled several Star Wars games, but there's another set for launch from Motive Studios called Project Maverick.

"Star Wars Jedi: Fallen Order is one of the breakout titles of the last several years," Wilson said.

"More than 10 million unique players have joined the game since launch, a rare achievement for the first title in an entirely new franchise. It’s a meticulously well-crafted game, and it continues to give fans a deeply-engaging and original Star Wars experience."