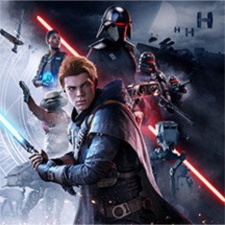 As reported by Kotaku, the project – codenamed Viking – was set to be a spin-off to the Star Wars: Battlefront titles and was penned to launch at the end of 2020.

British studio Criterion was meant to be heading up development, with EA Vancouver starting work on the game. This is, of course, in the wake of that developer's Star Wars game – codenamed Orca – being cancelled. Readers will remember that that project was itself a successor to Visceral's Ragtag, which was canned in 2017.

Regarding Viking, the various studios apparently struggled to work together with too many parties involved and cross-country development playing a role. This might be why EA decided to pull the plug on the project given that it was going to take longer than anticipated to finish.

EA has had the Star Wars IP since 2013 and in that seven-year period has released just three console and PC titles: 2015's Battlefront and its followup in 2017, with Respawn launching Jedi: Fallen Order at the end of 2019. The publisher has insisted that it is "fully committed" to the Star Wars IP.

The company apparently has two Star Wars games in the works right now; a follow-up to Jedi-Fallen Order and whatever EA Motive is working on. Oh, and apparently there's a new Knights of the Old Republic title in development, too.

Within a few days of Jedi: Fallen Order's launch, EA said that the title was its best-selling Star Wars PC title to date. The firm reckons that the game will shift 10m copies by the end of the financial year in March.