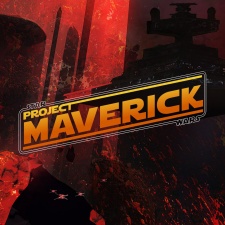 The title, dubbed Project Maverick, leaked with artwork featuring four X-Wings flying towards a Star Destroyer. Kotaku has said in a stub article that this is the “smaller, more unusual project” that it reported on in February when the outlet revealed that yet another Star Wars game had been cancelled by EA.

To date, the publishing giant has canned three titles based on the IP, that we know of since it landed the Star Wars license back in 2013. Ragtag was being worked on by Visceral, before being cut and that studio closed at the end of 2017. EA Vancouver was brought on to work on the project and bring it in line with the publisher's business aims – this version called Orca – before that was cancelled in 2018.

Finally, EA Vancouver was working on yet another Star Wars project, this time with British studio Criterion, called Viking, before that was cut.

EA has said it is committed to the Star Wars IP despite all of this. Since it acquired the license in 2013, the firm has released two Star Wars Battlefront titles and Respawn's Jedi: Fallen Order. That title launched in November 2019, going on to become EA's fastest-selling Star Wars title on PC – though there isn't much competition. The firm has also said that the game is tracking ahead of its expectations and is now forecast to sell 10m copies by the end of the financial year in March.

There's also word of the company working on a reboot of iconic RPG Star Wars: Knights of the Old Republic.