WWE confirms there is no 2K game this year 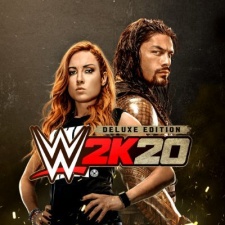 Sports entertainment giant WWE has confirmed there will be no new 2K game this year.

As reported by PCGamesN, the wrestling firm's interim CFO simply said a new entry in the series wouldn't be launching in 2020.

There could be two primary reasons for this decision. Firstly, the ongoing coronavirus pandemic has had a significant impact on the industry with several developers and publishers being forced to postpone games.

Secondly, the decision could come as a result of the abysmal response WWE 2K20 received last year. The game was a bug-riddled mess and was not received well by new and longtime fans of the series. Some players were unable to play the game due to the awful glitches found within.

Last year, longtime WWE title developer Yuke's parted ways with 2K. Therefore, WWE 2K20 was, for the first time, developed by Visual Concepts. This provides one possibility as to why last year's game was riddled with problems. This year will be the first time in 19 years that a WWE game in this series will not be released.

The video game series was first titled WWF Smackdown – three games were released under this name from 2000-to-2001. Then, the franchise became known as WWE Smackdown before Smackdown vs Raw. Again, the series got a rebrand of WWE before becoming WWE 2K in 2013.