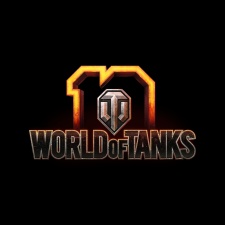 That's according to developer and publisher Wargaming, which reports the milestone as it prepares to celebrate the game's tenth anniversary. The company is running an in-game event to commemorate World of Tanks' decade-long run. This will run across four months and will feature thematic acts, special missions, and throwbacks.

"For the team and I, the past 10 years have allowed us to make more than a successful game – it has seen the formation of one big, global family," said World of Tanks publishing director Max Chuvalov.

"On behalf of the World of Tanks team, I want to say a heartfelt thank you to our players over the years. You've stuck with us through different stages of the game's development and helped us to create one of the most impactful MMOs in the gaming history.

"As a reward, we have prepared a lot of exciting activities and additions, things that will surprise and please you – all in celebration of 10 amazing years. And remember, together, we can continue to create amazing experiences. So, let the party begin."

The first thematic act will kick off on April 22nd and run through May 18th. Furthermore, the group chat will be brought back for one week, from April 22nd-to-29th. On top of this, players can earn anniversary coins that can be used in a special store dedicated to the celebration.

Earlier this year, Wargaming's new shooter Calibre entered beta across Europe. In December 2019, the firm opened a new studio in Guildford. PCGamesInsider was invited to get a behind the scenes look at the new office space.

Why digital behemoth World of Tanks is rolling into physical retail