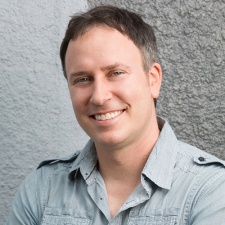 In a blog post, Republic revealed it had acquired the video games firm for an undisclosed sum.

Fig was founded back in August 2015 by Justin Bailey (pictured), formerly the COO of Double Fine. Soon the crowdfunding company had attracted an advisory board that included industry vets from the likes of Obsidian, InXile and the Indie Fund. The platform allows projects to be backed by both crowdfunding from individuals, while investors can also put their money behind a game in return for a slice of future revenue.

Its new parent, Republic, is a similar investment platform but for startups rather than games. It launched in 2016 and to date has helped companies raise over $100m in funding.

Republic CEO Chuck Pettid added: "When I first talked to Justin I was blown away by his industry knowledge and connections to the best game developers in the world. It’s no wonder Fig has been so successful."