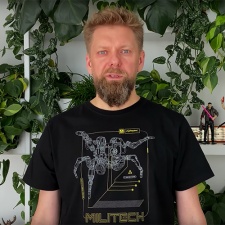 Polish games giant CD Projekt saw an increase of 44 per cent in its revenue for the 2019 financial year.

That's according to the company's report for the fiscal year, with the firm reporting revenue of zł521m ($124.9m) for the period. This is due to continued strong sales of The Witcher 3: Wild Hunt, likely inspired by the popular Netflix TV show based on the same set of books, as well as the Nintendo Switch edition of the smash-hit game. PC continues to make up the bulk of Witcher 3 sales, taking a 53 per cent slice of the pie for the 2019 year. 82 per cent of Witcher 3 copies sold in that period were digital, too.

Profit for the 2019 financial year hit zł175m ($41.9m), with CD Projekt continuing to spend big on R&D. The company reports that it spent zł165m ($39.5m) in development during the past year, largely driven by the creation of the eagerly-anticipated Cyberpunk 2077.

The company has been staffing up, too, now boasting more than 1,000 members of staff.

CD Projekt was eager to reiterate that Cyberpunk 2077 will be hitting its September 2020 release date after missing its April launch window.

"Due to the outbreak of the coronavirus pandemic, the CD PROJEKT team has been working from home since mid-March," CFO Piotr Nielubowicz (pictured) said.

"We’re giving it our all, and thanks to the tools at our disposal we have been able to maintain full continuity of our efforts. Our goal is clear: in September we intend to deliver to gamers around the world our greatest production yet: Cyberpunk 2077. The entire past year was a very intensive period for us. Development of Cyberpunk entered its final, most critical stage, where we put the finishing touches to the game. In parallel, the next phase of our global promotional campaign elevated interest in the game even further.