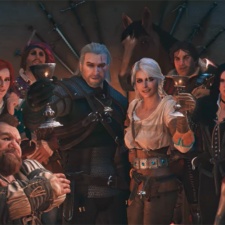 According to Steam Charts, the title was being played by 101,930 people at the same time on January 1st and has reentered the Top Ten games by players. At the time of writing, the dark fantasy title is being played by 52,691 people making it the seventh most popular game on Valve's platform.

In December, The Witcher 3 was, on average, played by double the number of users than the month prior. 27,360 people were playing the game at the same time during the last month of the year, a 107.89 per cent increase on November's 13,160.

Meanwhile, SteamSpy pegs The Witcher 3 as selling about 500,000 copies since the Netflix show's launch on December 20th, 2019. On that date, the third-party site reckons that 7,632,000 copies of the game had been bought, a figure that rises to 8,180,000 for the present day. SteamSpy does not claim to be accurate, so those stats should be taken with a pinch of salt.