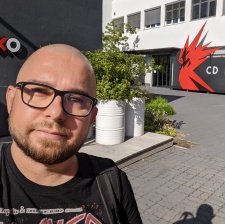 As spotted by Twitter user @IdleSloth84, the developer announced the news on LinkedIn though he hasn't revealed where he is off to.

“Thank you CD Projekt Red for a spectacular 15 years,” he wrote.

“See you guys around; I will miss you. Time for something new.”

Mróz joined CD Projekt RED back in 2007 as a junior QA specialist working on the original Witcher. From there he rose through the ranks in quality assurance before becoming the lead producer of The Witcher 2 in 2010. Two years later, he was promoted to lead producer for both The Witcher 3 and Cyberpunk 2077, and after the former was released in 2015 he became executive producer for the latter.

Over the course of the years until Cyberpunk 2077's release, he became a senior producer then lead tech producer. After the game's launch, he was promoted to production director.