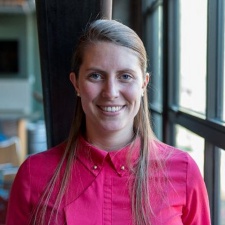 During the first-ever PGC Digital event, Medal.tv COO Aurora Berg took to the virtual stage to discuss KPIs and how to manage them.

Berg kicked off the talk with at some of the reasons people may share content from a game. This included gameplay highlights, friend referral incentives, invites, and player matching.

She then went on to explore the funnel KPIs that are worth striving for, and what percentage of a userbase they should be hitting, which was as follows:

There is a noticeable difference in social sharing depending on the platform, as Berg's talk demonstrates. During the talk, she used data collated from a Megacool SDK which surveyed 50 games between January and December 2019.

"Most of the time, users are just clicking around in your game exploring," Berg said.

"Sometimes when they hit share and immediately cancel because they're not sure where things are being shared."

On iOS, the top three share destinations are messages, copying to a device pasteboard, and WhatsApp. 70.2 per cent of all shares on iOS are made through "dark social", which are essentially private messaging apps that cannot be tracked.

But the two platforms have one thing in common, and that is that dark social is where most of the sharing happens.

Similarly, Berg also detailed which apps are driving the most installs across multiple platforms. On iOS, messages, WhatsApp and pasteboard copying reign, and a huge 91 per cent of all installs are seemingly driven by dark social.

Android tops that percentage with 94.2 per cent of all installs driven by dark social, such as messaging apps. The top three install drivers on the Android platform are WhatsApp, Facebook Messenger, and regular messaging.

"If there's one thing to take away from this, it is that messaging apps are driving installs," Berg added.

Berg highlighted ways to improve installs across certain platforms. Strategics to improve social sharing can be as simple as adding a preview function so that players can see their clip or image before hitting the share button.

Another improvement could be a straight link to a social platform to miminise clicks. Berg also highlighted in-game rewards as an incentive for social sharing in order to boost user acquisition.

"If I want to share content just for me, I'm not likely to invite a friend who isn't playing already," Berg said.

"However, if you add a unique reward I can only get by sending invites, that is an incentive to encourage players to invite friends."

PG Connects Digital #1 is the best of our Pocket Gamer Connects conference in an online form, with an entire week of talks, meetings, and pitch events taking place from April 6th to the 10th. You can read up on all the tracks taking place through the week here.