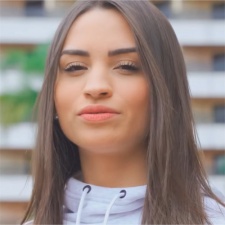 As reported by Universo Online - translated via Business Insider - Shayene "shAy" Victorio has been convicted for fraud charges. This is in relation to an online store she helped to run between 2013 and 2017.

Over 100 customers claimed they never received their purchase, or they were never granted their refund. Despite the hefty sentence, by Brazilian law, citizens can only serve a maximum of 30 years.

The pro player's lawyer has claimed that they will appeal the decision. Victorio insists she is innocent and that her parents are to blame.

"We will appeal against the sentence that we consider inhumane, awaiting a new decision and under the guise of the principle of innocence," said Victorio's lawyer to Universo Online.

Taking to Instagram, Victorio informed her followers that she has not yet been arrested. She will only get taken into custody should the appeal fail. The former esports player competed in Counter-Strike for 10 years, she left the sector in May 2019 to pursue a career as a social media influencer.

Earlier this month, Counter-Strike: Global Offensive broke its concurrent player record for a second time this year - it is now 924,045. Previously, the record was set at 901,681 users last month.