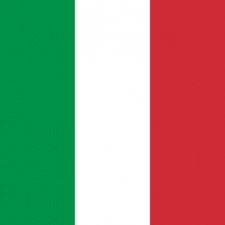 As reported by GamesIndustry.biz, the new First Playable Fund will offer eligible studios a grant between €10,000 ($10,977) and €200,000 ($219,552). Local trade body Italian Interactive Digital Entertainment Association (IIDEA) suggested the fund to aid studios at the beginning of their projects.

"During the lockdown, Italian companies have done their best to reorganise their activities and have almost succeeded in finding new ways of working, communicating and sharing their learnings with their communities and fellow developers," said IIDEA general director Thalita Malagò.

"However, the production of some titles has inevitably been slowed down. With many international industry events being cancelled or postponed, less-established companies are having a difficult time finding investment and partnerships. And also, B2B work has been put on hold due to the freezing of many private or public clients' budgets."

The funding was approved after the "Relaunch" decree by the Council of Ministers, as they aim to find ways to boost the economy in Italy after the country was shut down due to the ongoing coronavirus outbreak. As such, Italy is finding new ways to invest in several industries.

However, Malagò has claimed that despite the negative impact the coronavirus has caused, there are "some positive effects in the consideration of our sector by politicians."

"Many traditional sectors, such as tourism, culture, transports, restaurants, have been devastated by the pandemic," said Malagò.

"The Government realised that, even if those sectors need full support, in the new world that will emerge from this, we have to invest also in new sectors, such as gaming, where the country has still untapped potential in the global competitive scenario."