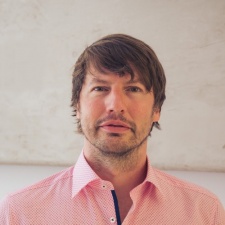 Chinese tech and entertainment giant Tencent has made a strategic investment in Berlin games studio Yager.

As reported by GamesIndustry.biz, the firm has pumped an undisclosed sum into the German developer, best known for 2012's surreal military shooter Spec Ops: The Line. The firm was also initially working on Dead Island 2 when it was announced back at E3 2014, before being replaced by Sumo Digital and then Deep Silver Dambusters.

Since it has worked on space combat title Dreadnaught and at Gamescom this year it revealed it was working on free-to-play PvPvE title The Cycle which launched exclusively on the Epic Games Store.

"Tencent is not only the world's leading games company but also a prolific investor with a stellar track record," Yager boss Timo Ullmann (pictured) said.

"We're humbled to join the line-up of Tencent partners which reads like a games industry Who's Who. We're confident that this will greatly enhance the scope of our business, not just by getting access to Tencent's network and resources but by tapping the vast industry know-how Tencent possesses."

This is the latest in a long line of games investments that Tencent has made and follows the company putting in an offer to buy Norway's Funcom, having previous bought 29 per cent of the Oslo studio. The company recently bought an undisclosed stake in Japan's PlatinumGames as well as 10 per cent of the UK's Sumo Digital.