Ubisoft wants to get into the auto chess genre 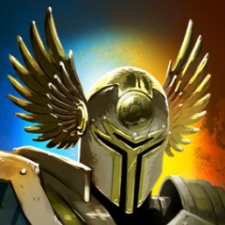 French publishing giant Ubisoft might not have jumped on the battle royal train, but the company is entering the auto chess market.

The firm has announced Might and Magic: Chess Royale, which will be launching on January 30th. This is a 100-player auto battle title and will be available on both PC and mobile devices.

This follows auto chess - or the 'auto battler' - genre booming from the start of 2019 when Chinese indie developer Drodo Studios made Dota 2 custom game Dota Auto Chess which attracted millions of users in no time at all.

That studio signed up with Chinese publisher Dragonest to release a full and official version of the game, which Epic has nabbed as a store exclusive on PC. Meanwhile, Valve has launched its own Dota Underlords title, having failed to woo Drodo to come in-house - though this hasn't managed to retain its players apparently. Meanwhile, League of Legends studio Riot Games is making its own take on the genre in Teamfight Tactics.