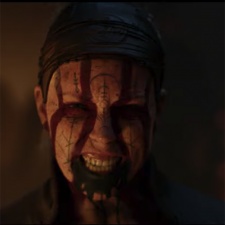 The event may be best known for the accolades it hands out on the night, but in recent years the trailers shown by publishers and developers has become just as vital.

Perhaps the biggest reveal of the night was given by Xbox boss, Phil Spencer. He announced Microsoft’s next-generation console - Xbox Series X. It will launch in time for the holiday season in 2020, the design of the hardware means it can be used by vertically and horizontally.

To go with the Xbox Series X, a sequel to Ninja Theory’s much-loved title Hellblade was announced. The trailer for Senua’s Saga: Hellblade 2 demonstrated that the new game is both dark and unnerving, much like its predecessor.

Sony made its presence known, the first title for the PlayStation 5 made an appearance at The Game Awards. Gearbox - known for the Borderlands franchise - has created Godfall a “third-person fantasy looter-slasher focused on melee combat.” The game will be exclusive to the new PlayStation on console, however, it will be coming to PC as well.

PUBG creator Brendan Greene has announced a new project, Prologue. Very little is known about it - the trailer shows a small amount of footage in a forest during a storm. “Our studio was founded with the goal of exploring, experimenting, and creating new technologies and gameplay experiences,” said Greene - also known as PlayerUnknown.

“With Prologue, we are taking our first steps toward building new technologies and interactions that will help develop my ideas into reality.”

Recently, Riot Games created a new publishing label dedicated to bringing new games into the League of Legends franchise. Last night, the first two games were announced - Ruined King by Airship Syndicate and Convergence by Double Stallion Games. The games will come to both console and PC.

Xbox Game Studios gave further details on Gears Tactics - a game that hasn’t received much attention for a while. While it may have a change in genre, Tactics maintains its roots. The spin-off to the much-loved shooter is set to come to PC on April 28th 2020.

Coming in May 2020 to consoles and PC is a new Fast and Furious game, Crossroads by Bandai Namco and Slightly Mad Studios. Rather than being a standard racing game, it also features a lot of action. Vin Diesel and other cast members from the movie franchise will feature in the new game.

The Game Awards brought great news for Telltale fans, as The Wolf Among Us 2 was officially announced. Following the shut down of the company, it seemed that many anticipated projects were to be permanently dropped. Fans worldwide will be pleased to see a sequel to 2013 hit, the platforms on which the game will appear has not been revealed.

On April 16th 2020 the world will get to experience the highly anticipated Cyberpunk 2077 across both console and PC. CD Projekt Red’s new title is already expected to be up for awards next year, at The Game Awards, the Polish firm launched a trailer detailing the music of Cyberpunk. Artists such as Grimes, Run the Jewels and Refused are featured.

Maneater, the RPG in which you control a shark got a new trailer last night, however, there is still no release date for its PC launch. A sequel to survival game, The Forest was officially announced. Son of the Forest looks to be a more story-driven title but there is no known release date, it also unknown what platforms it will appear on.

Apex Legends is running a new game mode from now until January 7th. The Winter Express is a three-v-three-versus-three game type, in which players need to capture-the-train. On top of this, limited edition costumes can be purchased and crafted for the holiday season.

Amplitude Studios will launch a new turn-based strategy game called Humankind in 2020. The game has been inspired by titles such as Civilisation, except this time you will create your own leader through the extensive creation suite as shown in the trailer.

During the Game Awards, PC fans of Warframe got a nice surprise when not only did the Empyrean expansion receive a new trailer, it was launched.

Both Dungeons & Dragons and Magic the Gathering have huge followings. Two communities that will be thrilled to learn that both are receiving new games, the new Magic: Legends is being developed by Cryptic Studios. Both Legends and Dark Alliance - the D&D RPG - are yet to receive a release date.

Devolver Digital had a new title to show off, Weird West. The new game is a topdown action RPG shooter with a western theme - there is no known release date yet. Redhill Games' first project is three-v-three over three rounds tactical shooter, there is no release date but people are able to sign up for the alpha which is expected to take place in 2020.