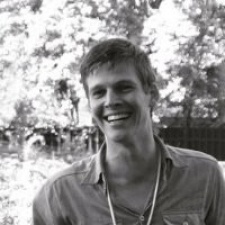 Speaking to Bloomberg, CEO Nikolaj Nyholm said that the firm plans to raise between kr125m and kr150m ($18m and $22m) with shares priced at kr8.95 ($1.33) when it floats on Monday, December 9th on Copenhagen's Nasdaq.

The firm is the first esports company to go public and will provide something of a marker for other pro-games outfits looking to do the same.

“We believe that the foundation of some of the most valuable and iconic brands in 10 years’ time is being set today,” Nyholm said.

He continued: “In this respect it is also our responsibility to help educate the market through a continuous high level of information."

In its IPO marketing, Nyholm says that the company is a leading force in the sector.

"We are pioneers already standing on solid ground," he said.

"And through this IPO we seek to strengthen the foundation to invest further in the development of the world's strongest esports team brands within competitive, digital live entertainment."

Astralis is best known for its presence in Counter-Strike: Global Offensive esports and has recently rolled out teams for both League of Legends and FIFA.