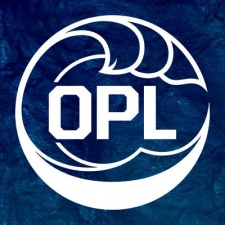 League of Legends maker Riot Games is closing its office in Sydney and dissolving the Oceanic Pro League (OPL).

The news was announced by Malte Wagener, MD of North America and Oceania, and Riot's global esports director of operations Tom Martell, who wrote in a blog post that OPL had not met the aims. Given that the Sydney outpost is primarily concerned with this tournament, that is being taken with it. LinkedIn shows that this office employs just over 30 people.

Pro players from Oceania will be able to compete in North American leagues from now on.

"At Riot Games, we want to build competitive and sustainable leagues that drive commercial growth and fan engagement and that support professional play as a full-time career," the duo wrote.

"Unfortunately, despite the best efforts of our teams and players, the OPL has not met our goals for the league, and we do not believe that the market is currently able to support the league in its current form.

"So today we are announcing the dissolution of the OPL and the closure of Riot’s Sydney office, as it primarily focused on operating the league. However, this is not the end of League esports in OCE. We remain committed to supporting our pro players in the region with a path to continue their careers moving forward."