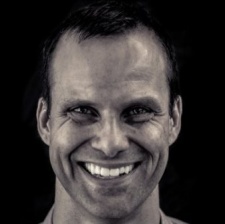 That's according to the firm's head of esports, John Needham (pictured), who told The Washington Post that he isn't bothered about this segment of the business being profitable in the near future. Rather than esports being a moneymaker for Riot, he said that it's more important that pro-gaming teams are making enough money to stay in business.

“If I can’t make esports a great business for teams and our sponsors, then we’re not going to last long,” Needham explained.

“We’re very much thinking about, ‘How do we make the entire ecosystem profitable?’”

Needham also said that Riot is looking to turn esports into its "own dedicated business" at the company.

News that esports are not profitable for Riot Games isn't fresh information. Back in 2018, Derrick Asiedu – then the head of esports at the League of Legends maker – said that the company was "not even close" to making back the money it had invested in the pro-gaming space.

As we pointed out at the time, this is the case for many companies within the esports sector. For developers and publishers who make and release games that go on to become competitive titles, the cost of hosting tournaments and so on is best thought of as a marketing expense; something that will convince people to play their games and probably spend money as a result.