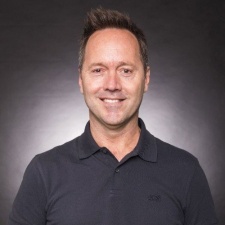 League of Legends maker Riot Games has cut ties with the Saudi Arabia city of Neom shortly after the partnership was announced.

The deal would have seen the city become the "main partner" for the League of Legends European Championship (LEC) Summer Season, but was criticised due to Saudi Arabia's record on human rights violations.

In a statement on the studio's website, Riot's director of esports for EMEA Alberto Guerrero (pictured) said that the company hadn't fully considered the full picture when signing the deal with the $500bn city.

“As a company and as a league, we know that it’s important to recognise when we make mistakes and quickly work to correct them," he wrote.

"After further reflection, while we remain steadfastly committed to all of our players and fans worldwide including those living in Saudi Arabia and the Middle East, the LEC has ended its partnership with NEOM, effective immediately. In an effort to expand our esports ecosystem, we moved too quickly to cement this partnership and caused rifts in the very community we seek to grow. While we missed our own expectations in this instance, we’re committed to reexamining our internal structures to ensure this doesn't happen again.”