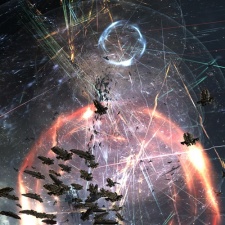 Icelandic games firm CCP has lifted a restriction on its staff that stopped them from saying they worked at the studio in Eve Online.

As reported by Kotaku, the company revealed at Eve London that from December, CCP employees will be able to play the game as themselves. Previously staff had to remain anonymous within the long-running MMO following a developer called T20 using his position to the advantage of an in-game organisation back in 2007.

If staff were found out by other players, they had to report themselves to an Internal Affairs department at CCP and go through a, um, witness relocation programme, which saw their name and avatar changed and them moved to another from any in-game organisations.

There are still restrictions on what CCP staff can do in the game, however. They can't hold leadership roles within organisations in Eve Online, cannot be involved with large-scale in-game market operations - effectively to stop insider trading - and they can't grief other players.

We caught up with Eve Online senior director of business development Torfi Frans Ólafsson back in 2017 to discuss the making of the iconic MMO. We also spoke to Hilmar Veigar to talk about Eve Online's 20-year run.