Space governments, virtual worlds and digital economies – How CCP made it to 20 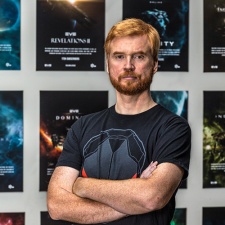 Eve Online maker CCP celebrated its 20th birthday earlier this year. PCGamesInsider.biz sat down with the Icelandic company's long-serving CEO Hilmar Veigar to talk about the impact the firm has had on the games market

So, how did CCP begin life?

There was a group of people working at another company in Iceland. It was a start-up founded way back in 1992 that had the mission of building the Metaverse in Snow Crash [a virtual world]. That was obviously rather too early. So CCP's ambition was actually taking the experience, doing it as a bit of a smaller and more to-the-point project of making a subscription MMO, which was coming around as an idea with Ultima Online in 1997.

CCP was founded to make a space MMO – that was the idea from the beginning – mainly from a practical standpoint but also from an aspirational standpoint.

What would you say CCP's impact has been on the games market in the last two decades?

It's hard to see the impact you have from inside your own reality. People from outside CCP probably have a better way to identify that. If I were to venture some guesses, the fact that Eve Online has been going for such a long time and Eve Online has been growing and growing and growing, it has become one example that you can build a game that lasts for decades. That has influenced the way that people think of games.

We have also helped people realise that running games as services, over just thinking of games as products, is possible. We have been one of the examples that are used to show that we can build games as services that go on for decades. Very early on we also sold the power of social networks because Eve was fundamentally different to all other games at the time in one aspect. All the players were on one server, so really the game became one holistic social network. and also one holistic economy.

Those social network and economic aspects have been the thing that has propelled Eve Online throughout these close to 15 years. We have also contributed a lot of thinking on virtual economies, societies and governments and those kinds of thing. When you think about it, Eve Online has a functioning arbitration methods, governance methods like the Council of Stellar Management [Eve's elected government of players]. If I were to disembody myself and try and look at our industry from that perspective, those would be the things that come to mind.

What are the biggest challenges CCP has faced?

There have been a lot of challenges. There's a reason why games companies don't reach 20 years old. It's an extremely challenging industry. Our challenges have been different at different stages. The first was obviously was just establishing the game in a functioning form, a single server space MMO was a massive challenge. Then there was the challenge of operating it as an ongoing business, which is what we spent 2003 through to 2007 doing. The main challenge was scaling up that service.

From the period from 2008 until 2014, we scaled up the company quite a bit. We opened up offices around the world and we spun up many big projects, some of which we had to cancel and close down. That was extraordinarily challenging. Then the challenge in the past five years has been taking care of Eve Online and making sure that thrives with all the innovation we need to bring to fruition to make that happen, as well as following through on our entry into virtual reality and coming up with consistent strategies, processes and cultures to be able to consistently be successful at releasing new games.

Keeping in mind that not many games companies make it to 20, why do you think CCP has lasted this long?

The backbone of why we are still here is Eve Online and how we have always believed in that. For all intents and purposes has the potential for going on forever and taking that approach in mind rather than scrabbling around to find new innovation to push Eve to the next level. That attitude and the fact that the game is a service, not a product allows us to re-invest innovation and capital into it. It also allows the playerbase to invest their energy and ingenuity into it. We have been quite open to embracing player level innovation where we have co-opted into Eve Online a lot of the social patterns that the players have evolved. It's a mixture of the business model combined with our attitude – but for the most part, it's because our playerbase has been with all this time. That's how we've pulled this off and reached 20 years old.

What did you do to celebrate CCP's birthday?

The anniversary was in early June. We had a week of rolling activities throughout the company. We gave everyone a little backpack of stuff which included Yuval Noah Harari's book, Sapiens, which I think is really good for a 20-year-old virtual world company to read to understand where mankind came from to set course for the next thing. The backpack was also a metaphor – we still have our biggest mountain to climb. It's been a good going for the first 20 years but our best work is still ahead of us.

What's your ambition for CCP's next 20 years?

I am excited about the potential of evolving our craft of running virtual economies, nations, governments, monetary systems.. those kinds of aspects, along with harnessing the power of something like virtual reality. One way to express our vision is to take all the know-how we have gathered from Eve with regards to economies and governments with what we have learned from VR, in terms of immersion. Finding a good way to bridge those two worlds into something phenomenal.

That's a great way to bring about the Metaverse, as we have been dreaming about it for decades. I want to do my damn hardest to make sure that in the next 20 years, CCP becomes a leading competitor in pulling that off.