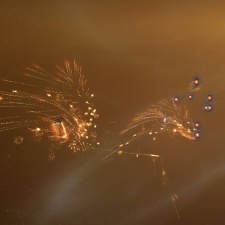 The Eve Online playerbase has paid its respects to the recently departed science professor Stephen Hawking.

The tribute was suggested by Reddit user kairiola, who suggested that the players ceasefire and head to the remote New Eden area of the game. They would then light up their cynosural beacons to pay respects to the late scientist.

Cynosural beacons are jump beacons used by capital ships and produce super bright lights. The tribute kicked off at 22:00 UTC, and saw warring factions putting aside their difference in the name of this common goal.

"Since this is a SciFi space game and most of us are probably at least a little nerdy and understand the value of his contributions to humanity, I suggest we do some kind of tribute in EVE.

"I would suggest we light cynos all over the map at 22:00 UTC today. Take out a noob frigate on an alt or sth. and spend a little ozone for one of the brightest minds humanity has ever had."

You can check out images from the memorial on Reddit here