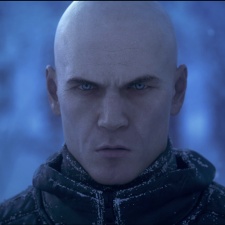 Developer IO Interactive has said that work on a new Hitman title is "well underway."

In a blog post explaining its content roadmap for Hitman 2 in November, the Danish studio says that more and more of the team working on that title are moving to whatever comes next. The November update is set to be the final major patch for the assassination simulator.

"After 13 months of full-time support and content for Hitman 2 – at no additional cost (besides what we added through the Expansion Pass), we’re now at a place where we are looking increasingly to the future. In real terms, we’re moving more and more of the Hitman 2 team to join the next Hitman game, which is well underway," the team wrote.

"This means that we’re expecting the November Update to bring the final major patch and set of Release Notes for Hitman 2, whilst December will round out the year with the remaining new content drops for the game, including Escalations and an Elusive Target – as well as the permanent return of some Seasonal Content.

"Our 2020 plans for Hitman 2 live content will focus on continuing to add Featured Contracts as well as introduce Community-curated Contracts into the game. On top of that, we are also planning a re-activation of Hitman 2 Elusive Targets, giving players another chance to earn any attached rewards and experience the Elusive Target missions that you might have missed the first time around."

IO recently announced it had partnered with Warner Bros for a "new universe."