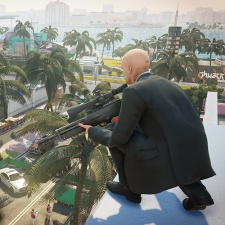 The follow-up to 2016's Hitman game has dropped that release's episodic business model as developer IO Interactive reckons this will serve players better.

That's according to PR rep Sven Liebold, who told GamesIndustry.biz that the Danish developer wasn't interested in doing a service-based model for its future releases.

"We wanted to break up the sequel chain a little, and it's also important for us to serve our players instead of following this trendy bubble of games-as-a-service," Liebold said.

"The community means a lot to us, and I think it's a very big step for the studio as well, because this essentially means that maybe there's a Hitman 3, and a Hitman 4 as well. And this will all appear on the same timeline. Meaning that in a couple of years you may be able to play a game that goes to over 20 locations. And that's super exciting for us."

He continued: "A lot of people were very happy with the episodic format, and it worked for us in the regard that when you play in one location for around one month, and then the next one drops, we sort of re-educated the player that we are all about replayability. And we want to make the game fun, so it's not a chore. We want you to feel like 'Yeah, I want to play this game.' So it's not about rushing through a level. You can go in and do different things, try different things, and people stared to realize, 'Huh, this is what Hitman's all about.'

"But then we had people who were not so happy with that format. So for Hitman 2 we wanted to bring everyone together so everyone's happy."

It's also likely that part of the reason the episodic model was ditched was simply due to confusing messaging. IO and previous publisher Square Enix had a hard time communicating what was launching when for the murder simulator before its launch in 2016.

IO Interactive was spun out of Square Enix into an independent entity in August 2017. The company retained the rights to both the Hitman and Freedom Fighters IP.