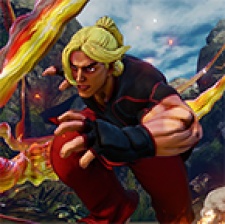 Intel and Capcom's forthcoming World Open event for Street Fighter V will be a great example to show the International Olympic Committee (IOC) that pro-gaming could be part of the sporting event.

Speaking to GamesIndustry.biz, Intel comms manager Mark Walton said that the tournament - which is taking place alongside the Olympics Games in Tokyo next year - will help the sports event's governing body understand the video games and esports scenes.

"We're doing this as a real effort to show how great esports can be," he said.

"It's great to have the backing of the IOC, for us to put something out that -- while not an official Olympic event -- is backed by them. For us, it's really important to have these two things side-by-side and show this is a hugely growing sport. It's also to demonstrate to the IOC that this is viable, and that in the future we may see esports -- whether it's Street Fighter or whatever -- becoming part of the Olympics."

Meanwhile, producer Yoshinori Ono says that Street Fighter V is recognisable enough that a wide audience - like that at the Olympics - will be able to understand it, unlike other more complex titles.

"It's one of those games where it doesn't matter how deeply into video games you are, or whether or not you're into them at all; pretty much everyone around the world knows what Street Fighter is and has a basic understanding of it," he said.

"[After 30 years,] there are three generations of players who are playing it now.

"It's also just a great game to watch. Matches are about two to three minutes maximum in length. It's quite easy to understand on a basic level what's happening while you're watching the game. Even if you don't yet know the deeper strategies and moves, you'll always be able to understand two characters on the screen fighting each other and it's easier to appreciate when someone has won, someone has lost. I think that makes it a perfect match for the spectation side of esports."