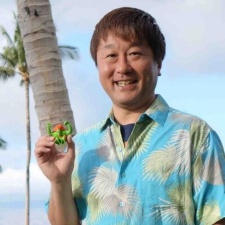 Japanese publisher Capcom has made a number of changes to the personnel in charge of its esports division.

In a post on its investor relations portal, the firm revealed that Street Fighter producer Yoshinori Ono (pictured) has been promoted to its esports executive producer. Meanwhile, Shigenori Araki has been placed in charge of the company's esports strategy as a whole.

Finally, former deputy of head of Capcom's esports business division has been promoted to general manager of the firm's US arm's esports biz division.

The investor relations post was led by the resignation of director and head of global marketing Kunio Neo. He will be stepping down on March 31st, 2020, due to health reasons.

Capcom has been supporting the pro-games scene for some time, with this becoming more of a focus since the launch of Street Fighter V back in 2016. The company has teamed up with Intel for a Street Fighter V event which the CPU firm has said will demonstrate that esports could be part of the Olympics.