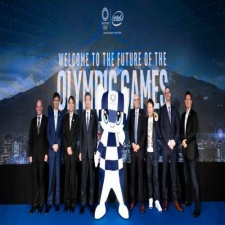 Tech giant Intel has revealed its World Open Tournament is set to take place in Tokyo before the Olympics.

Two games feature in the competition, Capcom’s Street Fighter V and Psyonix’s Rocket League. Each event has a prize pool of $250,000.

This tournament follows the success the chip firm had with its esports tournament ahead of the Winter Olympics 2018 in Pyeongchang, South Korea.

“We are excited to make the first of a series of announcements about our role in the Tokyo 2020 Olympic Games. The Winter Games in Pyeongchang represented our first collaboration with the IOC, and we look forward to extending and deepening that relationship in the years ahead.”

The tournament begins in early 2020 with online qualifiers, players of all levels may compete for a chance to make the national squad. In June there is a live qualifier event in Katowice, Poland to determine the teams going to Tokyo.

The finals take place in Japan from July 22nd to 24th and are being held at the Zepp DiverCity venue. The Olympic Games follow, beginning on July 24th.

“We are excited Intel is bringing the Intel World Open esports tournament to Japan in the lead up to the Olympic Games Tokyo 2020,” said international Olympic Committees sports director Kit McConnell.

“As we explore the engagement between esports and the Olympic Movement, we are looking forward to learning from this event and continuing to engage with the passionate esports community from around the world.”

Two Overwatch pros joined a meeting in Switzerland last year with the International Olympic Committee, making a case for pro-gaming to join the worldwide sports event. However, the committee has said esports are too violent to become part of the Olympics.

Chinese tech giant Alibaba is a sponsor for the global event, and it wants esports to appear at the games - as long as they are not violent.