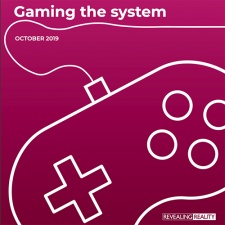 The UK's Children Commissioner's Office (CCO) has said that games publishers should not be charging for non-cosmetic items.

In a new report called Gaming the System, the public body looked at the relationship kids aged between 10 and 16 had with video games, ending with 15 recommendations for how government should be regulating the games industry. These largely focus on the role of money in modern games.

The CCO has called for government to define loot boxes as gambling, saying that the requirement for something to pay out cash value was an obstacle in the space. The organisation also says that there should be limitations on how much can be spent on a game each day by default and features to allow players to track just how much they have spent over time. Developers and publishers should also not stop children progressing within a game by spending money, so stopping pay-to-win mechanics, with spending limited to just aesthetic outfits.

The CCO also says that the amount of time that children spend playing games is of concern, sharing anxieties raised by the World Health Organisation's decision to classify 'gaming disorder' as a clinical condition.

New research from Oxford's Internet Institute has said there's no tie between "obsessive gaming" and a clinical disorder, saying that those who play to excess often do so due to other factors in their lives.

The full Gaming the System report can be found here.