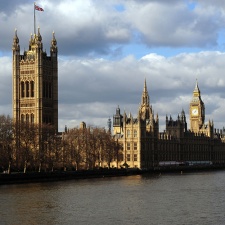 The UK government has responded to calls for legislation regarding scalping in-game products.

In response to a petition - as spotted by VGC - the Department for Business, Energy and Industrial Strategy said that it was discussing the matter with trade associations. The petition was started by one Richard Glover and calls for a review into the laws around reselling and scalping.

This comes in the wake of the PlayStation 5 and Xbox Series X/S consoles being snapped up by resellers using automated software, something that also happened to Nvidia's new line-up of RTX 30 graphics cards. Scottish MPs filed an Early Day Motion in December calling on the government to make it illegal to resell items bought using bots.

"Using automated software to buy more tickets than allowed by the retailer is prohibited, with unlimited fines for breaches. Government is discussing other markets with relevant trade associations," the government department said in response to the petition. .

"The Government is committed to maintaining one of the world’s strongest consumer protection regimes and ensuring consumers’ interests are safeguarded in our economy.

"The Government introduced legislation that prevents the use of automated software (‘bots’) to purchase event tickets which are sold on at an inflated price in 2018. We are discussing the issue of bulk purchasing of high demand items like graphics cards and games consoles through automated bots with trade associations such as Ukie, the trade association for the video games industry. We understand they are currently examining further actions they can take to prevent these behaviours and are working with their retailers to improve experiences for customers purchasing their products."

UK video games trade body Ukie has confirmed that it has been having "constructive conversations" with government to see what the scale of the issue is and figure out how to tackle it.

“For now, our top tip is to stay patient, to refuse to buy from scalpers and to buy from a trusted retailer," Ukie said.

“We understand how frustrating it is to wait for a new device, but holding out to buy a console at the recommended price from a retailer as stock shortages end will discourage scalpers, save you money and protect your consumer rights.”