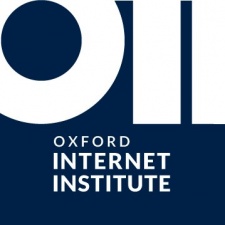 A new study conducted by the UK's Oxford and Cardiff universities has found that there is nothing clinically wrong with people who play games too much.

The report - Investigating the Motivational and Psychosocial Dynamics of Dysregulated Gaming - saw researchers looking over data from 1,004 adolescents and their caregivers from England, Scotland and Wales and examined their video game playing habits.

It was authored by the director of research at Oxford's Internet Institute Professor Andrew Przybylski and Dr Netta Weinstein, senior lecturer at Cardiff University's School of Psychology, who you might remember from earlier this year when they published research saying there is no link between video games and violence.

This study sought to address what academics felt previous research had missed - how video games fit into people's lives. The report found that those who became preoccupied with video games - to the point of excess - were doing so as an escape from other parts of their lives.

Key findings also include the fact that most teenagers play at least online game daily, that less than half of daily users report symptoms of obsessive gaming, but daily users were playing for an average of three hours each day. There was "little evidence" that playing games for a large amount of time had an impact on users.

“The World Health Organisation and the American Psychiatric Association have called on researchers to investigate the clinical relevance of dysregulated video-gaming among adolescents, as previous studies have failed to examine the wider context of what is going on in these young peoples’ lives," Przybylski said.

“This is something we seek to address with our new study. For the first time we apply motivational theory and open science principles to investigate if psychological need satisfactions and frustrations in adolescents’ daily lives are linked to dysregulated – or obsessive – gaming engagement.

“Our findings provided no evidence suggesting an unhealthy relationship with gaming accounts for substantial emotional, peer and behavioural problems.

“Instead, variations in gaming experience are much more likely to be linked to whether adolescents’ basic psychological needs for competence, autonomy, and social belonging are being met and if they are already experiencing wider functioning issues.

“In light of our findings we do not believe sufficient evidence exists to warrant thinking about gaming as a clinical disorder in its own right.”

The report's co-author  added: “We urge healthcare professionals to look more closely at the underlying factors such as psychological satisfactions and everyday frustrations to understand why a minority of players feel like they must engage in gaming in an obsessive way.”

This research follows 'gaming disorder' being added to the World Health Organisation's list of diseases in May of this year. The games industry has been somewhat resistant to 'addiction' and 'video games' appearing in such close proximity - even going so far as to produce a report refuting any link. Researchers saying companies need to be more co-operative.

UKIE's Twist: Industry needs to step back and keep an eye on evolution of 'gaming disorder' term

ESA once again disputes that video games are addictive