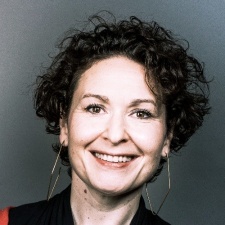 French publishing giant Ubisoft is continuing its expansion into film and TV with new animated shows based on its Rayman, Watch Dogs and Blood Dragon IP.

Speaking to The Hollywood Reporter, the MD of company's Film and Television arm Helene Juguet said that the firm was working on family-friendly shows set in the worlds of Rayman and mobile title Hungry Shark. The exec also says that there's a special episode of its Rabbids Invasion on the way, in the wake of four seasons of the show.

Watch Dogs is also being turned into a "cybermystery" series loosely tied to the IP and aimed at a slightly older audience, while the Blood Dragon series is being made into an animated show by Adi Shankar of Netflix's Castlevania fame called Captain Laserhawk: A Blood Dragon Vibe.

In addition to external companies, Ubisoft also has its own internal incubation studio which looks to bring Ubisoft's IP to other mediums.

She continued: "Adi is such a great fan of video games. We share the same culture and references. It's been great to give him the freedom to do something very fresh and bold with our characters."

For years, Ubisoft has talked about expanding its IP into film and TV. In the past, we've had a movie based on the Prince of Persia franchise, but outside of the Rabbids franchise the French film hasn't had a huge level of success in this realm.

The company announced a The Division film was on the way at E3 this year via a collaboration with Netflix. Jake Gyllenhaal and Jessica Chastain have been cast in the lead roles. At one point there was a Splinter Cell movie in the works with Tom Hardy involved. Little has been heard about that project for some time, but Ubisoft did expand its Splinter Cell trademark in February to include food and drink which could very well be anticipating merchandising for a future film.

In November last year, Ubisoft revealed that live-action TV shows were in the works for both the Child of Light and Werewolves Within series.

Oh, and the French publishing giant has teamed up with Rob McElhenney of It's Always Sunny in Philadelphia fame for a TV show about game development called Mythic Quest: Raven's Banquet.