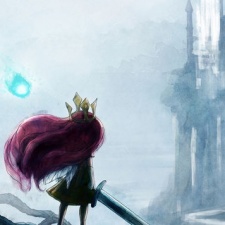 Ubisoft is developing live-action adaptations of both Child of Light and Werewolves Within.

Variety reports that both a Child of Light series and the Werewolves Within series are being produced as part of Ubisoft's Women's Film and Television Fellowship. Two of the first members of that program, Mishna Wolff and Tasha Huo, will be writing both adaptations together.

Child of Light seems perfectly ready for a television adaptation - the 2014 platformer featured a wild-haired princess exploring a fantastical world to return light to it.

“We love that the game centres around Aurora discovering strength," said Huo, on her decision to adapt Child of Light. "I love video games and I'm passionate about them, but you want people who have never heard of these games to fall in love with them."

Werewolves Within is a stranger pick. The 2016 title is a multiplayer virtual reality game based on the werewolf folk game, where a community aims to find the secret monster in their midst before it picks them off.

On selecting Werewolves Within, Wolff (aptly named) added: “When I first came to Ubisoft there was another one I was interested in. But ‘Werewolves Within’ kept gnawing at me.”

Wolff describes her vision of a Werewolves Within movie treatment as a “live-action horror comedy set in a small town where its residents play judge, jury, and executioner.”

“It kept popping into my head. It was just demanding I tell a story.”

These two projects are currently still in the scriptwriting phase, but Ubisoft has more in store when it comes to adapting its video games. Multiple franchises including The Division, Splinter Cell, and Rabbids have feature films coming up.

Ubisoft is also working with Apple on a comedy series set inside the hectic world of a game development studio.