Report: Work on Bully 2 "fizzled out" after less than two years 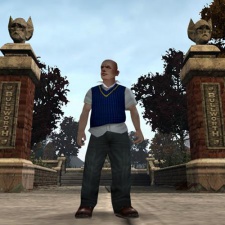 Development of a sequel to 2006's Bully at Rockstar ceased after 18 months.

That's according to Video Games Chronicle, who - citing sources familiar with the project - says that the game was being worked on by Rockstar New England in the early 2010s, with staff including company co-founder Dan Houser outlining the story.

Between Red Dead Redemption's release in 2010 and 2013, the New England studio spent between 12 and 18 months working on the game with a playable build that constituted "very small slice" of the game. Unsurprisingly, the project was using the Rockstar Advanced Game Engine like most of the company's recent output. Ultimately, Bully 2 "fizzled out" with staff being moved onto other projects. There's no word on whether the IP is dead for good or if it might live on.

Bully 2 isn't the only unreleased Rockstar project to bite the dust in recent years. The company was also working on a game called Agent which was teased in 2007 and announced two years later. It would appear that game has also gone AWOL, with the US trademark expiring in November 2018 and June 2019 in Europe.

Rumours of a Bully sequel have been floating around for years now. As far back as 2009, the composer of the game's original score Shawn Lee said that it seemed he'd be doing the soundtrack for Bully 2 in "the not so distant future," while in 2011 Dan Houser told Gamasutra that the company might be working on the project following Max Payne 3's 2012 release.

The cadence of Rockstar's releases does seem to have slowed down since Grand Theft Auto V in 2013. This might be due to that title's online component being something of a cash-cow for the developer's parent company Take-Two Interactive. Prior to that launch, the studio released a new game more or less every since year; Grand Theft Auto IV hit shelves in 2008 before Red Dead Redemption rolled out in 2010. The following year saw LA Noire released, with Max Payne 3 launching in 2012.

Since Grand Theft Auto V's launch, Rockstar launched 2018's Red Dead Redemption 2, though to be fair it has been running the aforementioned Grand Theft Auto Online and brought GTA V to both PlayStation 4 and Xbox One in 2014, before a PC release in 2015.

The company recently announced that Red Dead Redemption 2 would be launching on a variety of PC storefronts, including Epic, Humble and its own newly-released launcher, next month ahead of Steam release in December.