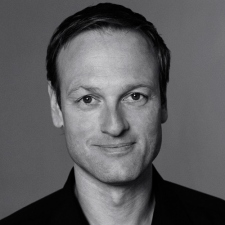 Developer Rockfish has said that Everspace 2 would be available on multiple storefronts.

In an interview with GamesIndustry.biz, the studio’s CEO Michael Schade revealed that while there have been talks with Epic Games regarding exclusivity, the developer never seriously considered an exclusive deal.

More than 50 per cent of Everspace's revenue comes from Steam, too. Schade claimed that the Epic Games Store doesn't have tools needed for Rockfish to create its sequel and build an even larger community.

"Our hardcore fans are on Steam. They have already said: 'Please don't do it. We just don't want it.' You don't even have to discuss whether this is reasonable or not," the exec said

"Without Epic, Rockfish and Everspace wouldn't exist, but it's the same with Steam. Without Steam, we wouldn't exist; in our case, it doesn't make sense. We need Early Access, the full feature set, the forums, the constant updating, the whole infrastructure.

"Valve has the best platform, by far, to roll out a game as an independent developer. It's by far the best tools and the best communities. This is exactly what we need."

Though, Schade does acknowledge that a deal with the Fortnite maker can be both vital and valuable to small developers.

Many developers have signed exclusive rights with Epic including Deep Silver and 4A's Metro Exodus, which was initially available for preorder on Steam. Borderlands 3 can only be purchased through Epic's store, though it can go to other storefronts in April 2020.

Ooblets developer Glumberland received a large amount of hate mail for limiting its game to Epic’s store. However, the American firm did come to the developer's defence. It condemned all abuse sent towards companies who signed exclusive deals for its store.

Further titles only available on the Epic Games Store include Oddworld: Soulstorm and Obsidian's The Outer Worlds.