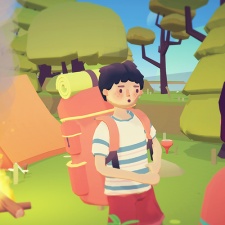 A huge number of Totally Normal Individuals who are Well Balanced and Have Their Priorities Straight have sent threats to Glumberland, the two-person developer of Ooblets, over its decision to go exclusive on the Epic Games Store.

In a message on its community on Patreon, studio co-founders Rebecca Cordingley and Ben Wasser said that they had received "thousands if not tens of thousands" of threats and hatemail to the developer due to Ooblets becoming an exclusive title on the Epic Games Store.

"We really misjudged how angry so many people would be," Cordingley and Wasser wrote.

"This whole thing has just devastated us. We've been getting thousands if not tens of thousands of hateful, threatening messages across every possible platform nonstop. It's especially hurtful since we've had such a positive, supportive relationship with our audience throughout development."

They continued: "I couldn't have guessed the scale of what it would feel like to be the target of an internet hate mob. I already had a lot of empathy for other targets of previous hate mobs, which is why we wanted to address that sort of thinking in our announcement, but I had no idea it was this bad."

Epic has been snapping up games on an exclusive basis since the Fortnite firm's store launched at the end of 2018. This has been unpopular with fans, but CEO Tim Sweeney has said that the strategy is working in changing the PC status quo. The exec has said that the plan is to force Valve to make its revenue share for developers more competitive.

We caught up with Sweeney to discuss Epic's storefront strategy at GDC this year.